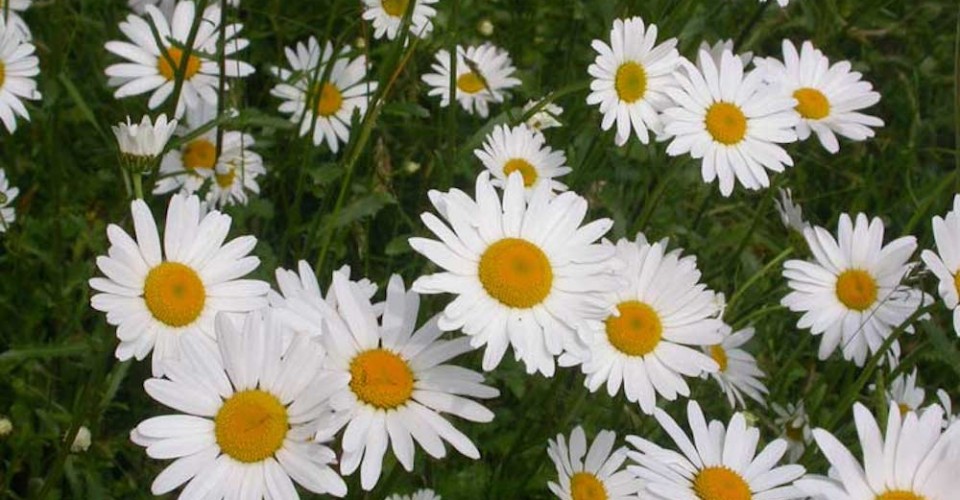 A healthy, hardy plant that grows no matter what can be an asset in your garden. But an invasive plant is too much of a good thing; it grows so well that it chokes out surrounding plants, until soon, it’s the only thing growing.

These ten invasive plants are sold in nurseries and found in gardens everywhere. But think twice before you plant them. Some of them, like raspberries, are only a mild annoyance. But others, like horsetail grass, can quickly overwhelm your yard, your neighbor’s yard, and any nearby agriculture or ecosystems. These plants may be common, but that doesn’t mean they’re a good idea in your garden. On hot summer days, fresh-picked raspberries can’t be beat. But this Northwest native is an aggressive grower. If not carefully monitored, its invasively-spreading canes will overrun flowerbeds, sidewalks, and even lawns. Go ahead and plant a raspberry patch in your yard, but make sure to watch out for volunteer canes that come up in the spring, and to pull them out as soon as you see them. This lush, spreading plant has glossy, wide leaves and gorgeous trumpet-shaped flowers. In regions where winter temperatures stay above zero, calla lilies will spread, shading out surrounding plants. You can remove the plant by digging out its main rhizome, but tiny “baby” rhizomes will drop off and remain in the ground, turning into new sprouts after a good rain. Keep these pretty plants in containers for a sculptural accent that won’t drive you nuts. If you buy mint at any good garden store, the first thing the clerk will do is ask you if you’re going to plant it in a container. That’s because when planted in the ground, mint becomes highly invasive, sending out stubborn runners that will choke surrounding plants. Gardeners who’ve made the mistake of planting mint in the ground often find it sprouting up in the midst of their other plants years after they thought they’d removed it completely. There’s no need to cross mint tea off the menu this summer. But if you do buy mint, make sure you keep it in an entirely enclosed container. Pampas grass in known for its dramatic, tufted seed heads, which come in shades of cream, gold, and pink. However, those striking seed heads make the plant highly invasive; the grass will establish itself wherever the wind carries it, driving out other plants completely. The ornamental grass has done so much damage to native ecosystems, it’s been banned in Hawaii and New Zealand. Since this plant grows by windblown seeds, it’s invasive even if you keep it in a container. A cousin to pampas grass, fountain grass spreads the same way: when the wind picks up, its seeds blow far and wide. The African ornamental grass has been known to destroy gardens and wildlife habitats alike, and can also pose a severe fire hazard when entire fields of it sprout up in dry areas. Like pampas grass, this plant will spread relentlessly even if kept in a planter.

Also known as cornflowers, bachelor buttons are a distinctive shade of periwinkle blue that’s undeniably pretty. But this plant is a notorious self-seeder. If you don’t take care to cut off its blossoms before they dry up and release seeds, then your pretty patch of cornflowers will turn into a lawn full of them—and probably also your neighbor’s lawn. For pretty blue-violet flowers that won’t be a pain, try silky pincushion flower or spiky sea holly. Many a seasoned gardener has listed morning glory among their most despised plants, due to its tendency to overrun not only surrounding plants but also trees, fences, and even houses. Morning glories certainly have lovely blossoms. But if you see this plant in your local garden store, steer clear. For those who plant this vine, the sight of those blossoms can come to mean more work weeding, uprooting, and fighting this persistent plant. This cheerful white daisy grows in low shrubs, and is so invasive that it’s banned from sale in ten U.S. states. It’s certainly a pleasure to see these flowers on roadsides across the nation, but if you’d like a happy white daisy for your garden, opt for Shasta daisies, which will create the same look without overrunning the rest of your yard.

It’s no secret that English ivy is invasive; it’s tendency to overgrow entire buildings is the reason the Ivy Leagues got their name. But this groundcover can quickly form a thick, choking carpet over your lawn, fences, and garden features. Ivy can grow several feet in a year, and when established, it can choke forests and pull down entire buildings. If you must have ivy in your landscape, stick to the Boston variety, which grows more slowly and develops stunning autumn colors. Horsetail grass is favored in modern landscapes for its sculptural, upright form. But if you read the tag on the plant’s nursery container, you’ll see that its size is listed as “indefinite”—and that means that it spreads forever. Since horsetail grass spreads by rhizome, it’s safe to use as a landscape feature in containers. But don’t plant this species in the ground, unless you want it popping up everywhere you never planned on. 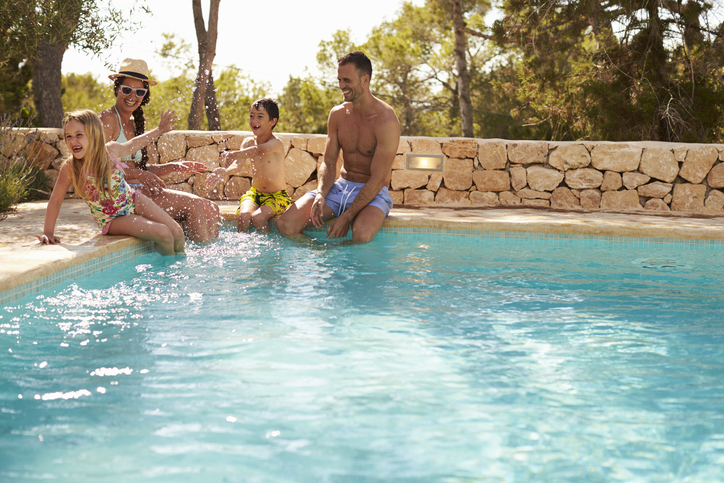 Take the Dive: Build and Maintain Your Own Swimming Pool 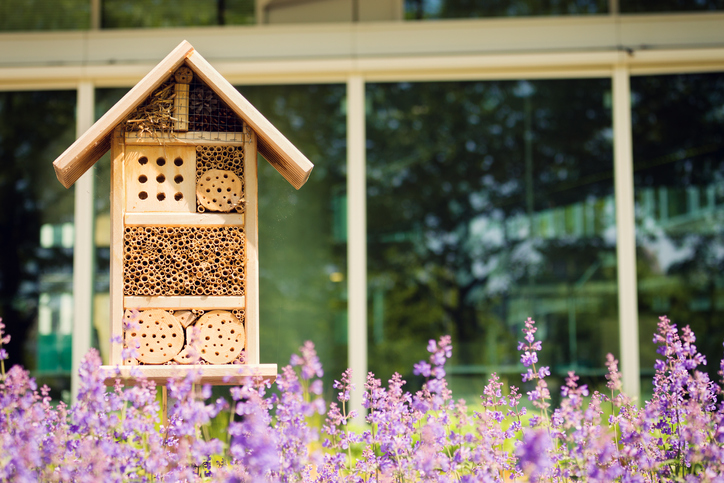 How to Turn Your Backyard into A Private Wildlife Sanctuary 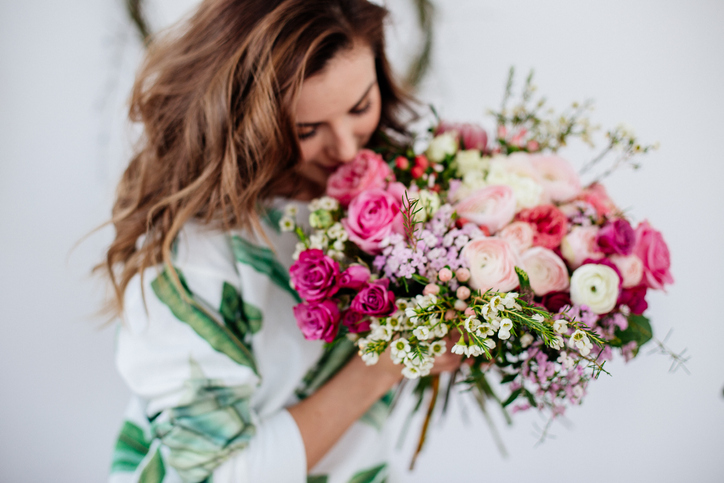 How To Make a DIY Wedding Bouquet 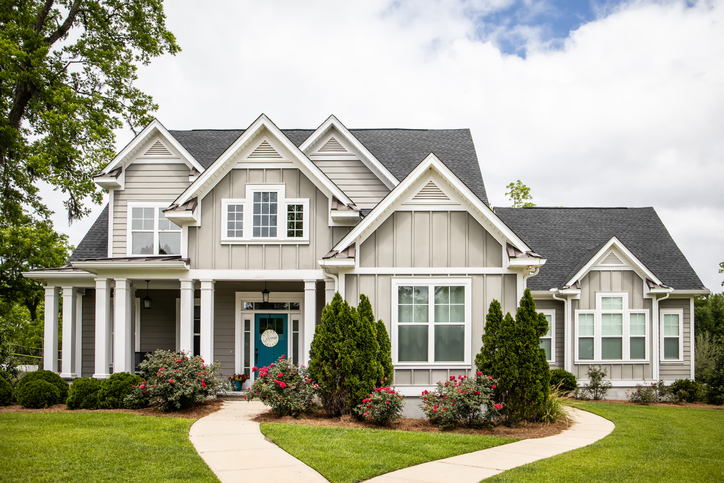